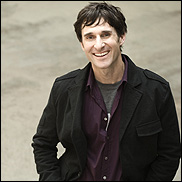 HALIFAX, Nova Scotia (CelebrityAccess MediaWire) — "My God, they're throwing guitars out there!" was what Canadian musician Dave Carroll heard a passenger yell while Carroll was on a United Airlines flight sitting on the tarmac at Chicago's O'Hare airport. Carroll's worst fears were realized when he subsequently landed in Nebraska, claimed his bags and discovered that his Taylor guitar had sustained $1,200 in damage.

Carroll had unsuccessfully tried, for three months, to grapple with the airline's baggage claims system and when he finally hit a dead end he decided to vent his frustrations about the experience through his music.

The song he wrote, "United Breaks Guitars" and the subsequent music video he made and shared on the video sharing site YouTube have proven to be a runaway success and since being posted in early July, have run up an impressive 3.75 million views.

The video also accomplished something that months of phone calls couldn't do — get a favorable response from United. The airline responded quickly to the posting and according to the Chicago Tribune, a managing director of customer service for the airline contacted Carroll to apologize and ask if they could use the video to train baggage personnel.

United also offered to compensate Carroll for his guitar but the musician declined and asked that they instead offer the money to a charity of their choice.

Bob Taylor, from Taylor Guitars also posted a video response to Carroll's video, offering tips to guitar-carrying travelers and advising the use of a hardshell guitar case. – CelebrityAccess Staff Writers