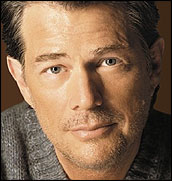 TORONTO (CelebrityAccess MediaWire) — Producer/keyboardist/songwriter David Foster will be inducted into the Canadian Music Industry Hall of Fame on March 8 at the Fairmont Royal York Hotel in Toronto during the 25th Annual Rogers Wireless Canadian Music Week.

Foster's career has spanned over three decades. A 14-time Grammy award winner with an unprecedented 43 nominations, he is also a recipient of seven Juno awards, a 2004 Emmy award and three Oscar nominations. Past collaborators include John Lennon, Diana Ross, George Harrison, Rod Stewart, Neil Diamond and Barbara Streisand. In the late 70’s, he began to write and produce classics such as Earth, Wind and Fire’s “After the Love Has Gone” and “Got to Be Real.”

Throughout the 80’s, his career continued to evolve. With an exceptional line-up of number one singles, his producing credits include Chicago’s “Hard to Say I’m Sorry,” Peter Cetera’s “The Glory of Love” and John Parr’s “Man in Motion” (St. Elmo’s Fire soundtrack). He continued to produce multi-platinum-plus selling songs on Ghostbusters and Footloose soundtracks and Chicago’s “16," "17" and "18” albums. Other production and writing credits followed with hits for Alice Cooper, Al Jarreau, Hall and Oates, Kenny Rogers, Kenny Loggins, Boz Scaggs and Olivia Newton-John.

In the 90’s his producing credits include Celine Dion’s first number one hit, “The Power of Love”, Natalie Cole’s “Unforgettable,” “Have You Ever” by Brandy, “Music of My Heart” by Gloria Estefan and N’Sync and Barbara Streisand’s haunting single “Somewhere” which was at the production helm of her entire “Back to Broadway” album. Throughout the rest of the decade, Foster worked with Toni Braxton (“Unbreak My Heart”) Whitney Houston (“I Will Always Love You,”) and Celine Dion (“Because You Loved Me”).

Together, these singles reached number one on Billboard’s Pop singles’ chart for a record breaking total of 42 weeks.