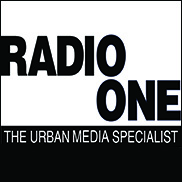 CHICAGO (CelebrityAccess) — Direct Media Power, Inc., the largest liquidator of unsold media in the U.S., has filed a Counter Complaint for Breach of Contract and Copyright Infringement and Tortious Interference against Radio One, Inc., one of the nation's largest radio broadcasting companies.


Direct Media Power, through its attorneys, has filed a breach of contract counter suit, with the additional claims of tortious interference and contributory copyright infringement against Radio One, Inc., a national broadcast media company.


Direct Media Power, Inc., one of the largest broadcast radio pay-per-call advertiser in the country is seeking compensatory damages and injunctive relief, claiming Radio One breached a media contract for radio airtime, as well as willfully continuing to sell and use the copyright-protected assets, of Direct Media Power, Inc., which interfered with the economic advantage of such assets.


Additionally, the lawsuit is claiming that Radio One has violated the copyright protection laws, through its willful and continued use of protected assets of Direct Media Power, by continuing to run radio spots produced with the radio scripts and subsequent creative execution owned and copyrighted by Direct Media Power outside of the agreed to media agreement, and from which Direct Media Power is receiving no economic benefit.


The suit seeks injunctive relief and compensatory damages from Radio One for its violation of Direct Media Power's copyright protected assets, loss of economic benefit from the ongoing use of these assets, and relief from damages claimed by Radio One for monies due for airtime used above and beyond the contract agreement.