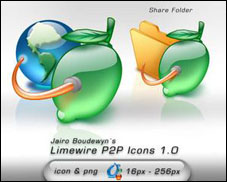 The StatsCan study found that each of the three major segments of Canada's
music industry (record production, music publishing, and recording studios)
posted a profit in 2005. Total revenues reached $942 million with record
production accounting for 80%.

Yet, according to StatsCan, sales of recordings declined 3% to $575 million
between 2003 and 2005. Gains were made, it indicated, by companies streamlining
and restructuring global operations, and developing new distribution channels
geared toward the digital market.

Considering the continual job cuts at recording companies, the consolidation
of manufacturing and distribution by all multinationals, and the ongoing loss
of music sales, Canada’s music industry is hardly as robust as the StatsCan
figures indicate.

Meanwhile, a report “The Impact of Music Downloads and P2P File-Sharing on
the Purchase of Music” commissioned by Industry Canada, and released Oct. 30th,
concludes that file-sharing doesn't lead to reduced CD sales. In fact, it
says, it may even lead to an increase in sales among those who download a lot.

The study, by Birgitte Andersen and Marion Frenz of the Department of
Management at the University of London in England, and Decima Research, surveyed over
2,000 Canadians on their music downloading and purchasing habits.

The study claims that P2P file sharing does not put downward pressure on
purchasing music, but tends to increase music purchasing. The Canadian Recording
Industry Assn. (CRIA) has long argued that file sharing has been the main
culprit of dwindling sales within the music industry.

While it is a stretch to assume that file sharing is responsible for the
entire decline in record sales since 1999, and that without file sharing there
would have been an increase in sales, the Industry Canada study doesn’t address
why there is a decline in sales in a period in which file sharing has
significantly grown

And, yes Virginia, downloading and P2P file-sharing. Ask your kid. — by Larry Leblanc