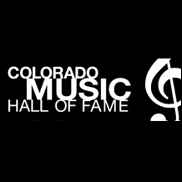 DENVER (CelebrityAccess MediaWire) — Eagles bassist Timothy B. Schmit will reunite with Poco band members at the Colorado Music Hall of Fame’s induction concert on Friday, January 9th at the Paramount Theater in Denver. Additionally, acclaimed singer-songwriter Nathaniel Rateliff has been added to the concert lineup and will join a tribute to Stephen Stills/Manassas.

Poco’s CMHOF performance will bring together the country-rock lineup that moved to Colorado in 1971: pedal steel guitarist Rusty Young, guitarists Richie Furay and Paul Cotton, drummer George Grantham and Schmit, who left in 1977 to join the Eagles. Schmit’s “Keep On Tryin’” became Poco’s most successful single to date upon its release in 1975.

“Timothy has been a gracious artist over the decades, and I’m thrilled that he will be part of our program and help make history in front of Colorado music fans,” says Chuck Morris, CMHOF’s chairman.


The gala will include video tributes and interviews as well as a historic array of exhibits and archival photographs, to be relocated in the coming months to the CMHOF’s new home at the Trading Post at Red Rocks. Also being honored with exhibits will be Chris Hillman, Richie Furay, producer Jim Mason and banjo player/comedian Steve Martin.


The mission of the Colorado Music Hall of Fame, a non-profit organization, is to honor those individuals who have made outstanding contributions, to preserve and protect historical artifacts, and to educate the public regarding everything that’s great about our Colorado music. Previous inductees include John Denver and Red Rocks Amphitheatre; Harry Tuft of the Denver Folklore Center and promoter Barry Fey of Family Dog fame; the Astronauts, Sugarloaf, Flash Cadillac and KIMN radio; and folk legend Judy Collins, the Serendipity Singers, Bob Lind and Chris Daniels. –by CelebrityAccess Staff Writers