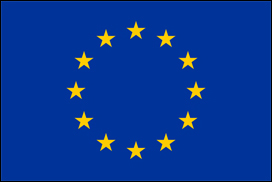 EUROPE (VIP NEWS) — The European Commission said it has no date for reviewing its voluntary guidelines on managing online music rights despite new calls on Thursday for a mandatory shake-up of the system.

The guidelines are not legally binding on EU states and music industry officials said about 21 of the bloc's 27 members refuse to apply them.

Online music is still a small part of total music sales in Europe but the shift to digital sales is seen as being unstoppable and better rights management is needed since the industry says for every music download sold, 20 are stolen.

"What we find today is chaos and confusion," said Cees Vervoord, CEO of the Dutch authors' society Buma/Stermra.

But Jorgen Holmquist, director general of the European Union executive's internal market unit,said a public consultation this year showed there was no broad support for legislation.

Holmquist said everyone agreed the system for managing online music rights was unsatisfactory.

The guidelines offered possible solutions that the EU executive will evaluate.

Some publishers such as EMI have begun started withdrawing their English-language repertoires from some collecting societies. This represents a loss of access to the most lucrative part of the market, jeopardizing thousands of jobs at collecting societies and funds for public cultural events, industry official contend.

"I call again for a framework directive to protect cultural diversity," said Katalin Levai, a Hungarian socialist member of the European Parliament.

Industry officials say the guidelines may become irrelevant if Universal Music Group, the world's biggest music publisher, eventually decides to use just one collecting society or even dispense with them altogether.

Universal's patience is already wearing thin. "As we try to move into a digital world, we are held back by antiquated licensing practices.
Europe is lagging behind," Universal Music Group's general counsel Richard Constant said. "The recommendation is fundamentally flawed. We are still having to go to each society in each country for overpriced licenses," Constant said