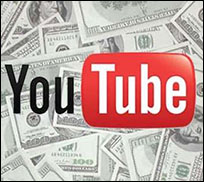 (VIP-NEWS) — Video sites such as YouTube will be forced to pay more to musicians and record companies under plans to reform European copyright laws.

The draft directive will also require publishers and producers to tell performers or authors what profits their works have generated.

The music industry has long criticised YouTube for failing to pay enough for content such as music.

News publishers will also be recognised as rights holders for the first time.

Under the directive, portals such as Google News would be forced to pay newspaper publishers a fee when using small extracts or snippets of news stories.

Carlo Perrone, head of the European Newspaper Publishers` Association, said creating a copyright for news publishers in Europe was a "significant and historic step".

Jean-Claude Juncker, president of the European Commission, said: "I want journalists, publishers and authors to be paid fairly for their work, whether it is made in studios or living rooms, whether it is disseminated offline or online, whether it is published via a copying machine or hyperlinked on the web."

The Commission has not detailed how it would force sites such as YouTube to pay more to artists.

The plans also call for easier access to online content across all EU countries and to reform copyright rules for research and education.

Andrus Ansip, vice-president for the digital single market, said: "Our proposal will ensure that more content will be available, transforming Europe`s copyright rules in light of a new digital reality."

The proposals, which are likely to be challenged by lobbyists, must go to the European Parliament and EU states for approval – which could take years.

A Google spokesperson said: "We believe there`s a better way. Innovation and partnership – not subsidies and onerous restrictions – are the key to a successful, diverse and sustainable news sector in the EU."
`Value gap`

More than 1,000 artists, including Lady Gaga and Coldplay, signed a letter earlier this year calling on the Commission to take steps to address the "value gap".

It said sites such as YouTube were "unfairly siphoning value away from the music community and its artists and songwriters".

YouTube, which carries videos as well as audio-only content, makes money by selling advertising and then divides profits among rights owners.

Its business model differs from music streaming sites such as Spotify and Apple Music, which pay record companies a small sum each time a song is played.