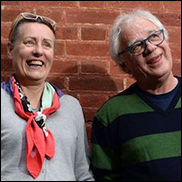 
Jean-Louis Brossard and Béatrice Macé have been the driving forces behind Les Rencontres Trans Musicales throughout its 36 year history. The festival set out to support local performing artists such, but has also featured the likes of Lenny Kravitz, Ben Harper, Björk, Daft Punk, Too Many DJ’s, Stromae, Jungle and Kate Tempest.


This year`s festval took place across five days from December 2-6 with over 55,000 people watching over 130 performances by artists from more than 20 countries.


As well as running the annual festival, the Association Trans Musicales, led by Brossard and Macé, also manages the Ubu venue, a leading proponent in Rennes’ music scene which helps to develop original new talent and celebrates cultural diversity.


Steve Jenner, festival awards director and co-founder said: “New talent is the lifeblood of the live music industry. Through Les Trans Musicales, Jean-Louis and Béatrice have 37 years of their lives promoting it and Europe’s musical landscape is all the richer as a result. We are extremely proud to put a spotlight of recognition on this pair of heroes to the live music industry. This award is overdue.”


Brossard added: “When Les Trans were born in 1979, we couldn`t imagine dedicating our entire lives and careers to the festival. 37 years later, that`s what we actually did. We would like to thank the jury for this remarkable recognition. It is an honor to us as well as les Trans and we will share this fruitful pleasure of a well-achieved job with the whole team.”


Macé said: “When we got the email announcing that we would receive the Yourope Lifetime Achievement Award, we were really surprised and it left us speechless for a while. We didn`t ask for it. This is why it has a special value and it means a lot to us!”


The European Festival Awards are presented in association with Yourope and Eurosonic Noorderslag and will return in the New Year to celebrate the successes of Europe’s music festival industry.


The awards are decided by a combination of public vote and industry juries. This year’s European Festival Awards featured over 350 festivals from 50 different European countries, with over 800,000 votes cast.