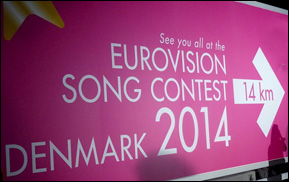 GENEVA, Switzerland (VIP-NEWS) — Countries found to be vote-rigging at the Eurovision Song Contest will face bans of up to three years, organisers have said.

The announcement follows an investigation into attempts to influence the voting in favour of Azerbaijan during last year`s contest.

Organisers confirmed rigging attempts were detected by its security systems, but the votes were declared invalid.

It added there was no evidence to link Azeri broadcasters to the activity.

The European Broadcasting Union (EBU) said as there was also no evidence to suggest Ictimai TV was aware of the attempt, no sanctions would be imposed.

Allegations of vote-fixing arose after Azerbaijan failed to award any points to neighbouring Russia.

It prompted Azeri President Ilham Aliyev to order an inquiry, as traditionally ex-Soviet republics have regularly given each other top marks.

There were also claims of attempts in Lithuania to buy votes for Azerbaijan`s entry.

It is hoped tightening rules will "strengthen the credibility of the voting and protect the Eurovision Song Contest brand".

The contest`s governing body, known as the Reference Group, said if voting irregularities are detected before, during or after the contest in favour of any country, it would automatically initiate procedures against the country`s broadcaster.

"Just as football clubs are, in principle, accountable for the behaviour of their fans, we will hold – on a case-by-case basis – participating broadcasters accountable and make them responsible to prevent voting irregularities in favour of their entry," said Dr Frank Dieter Freiling, chairman of the Reference Group.

EBU executor Jon Ola Sand added: "It`s our goal to do the best we can to assure a fair and correct result.

"We know that audiences in Europe want a fair result and vote with their best intentions, but in nearly every competition, there are attempts to cheat. It`s our job to spot and stop these attempts."

The new rule follows the announcement last September that each country`s jury will now be revealed ahead of each year`s contest in an effort to increase openness and accountability.

Previously, the identity of jury members – whose votes account for 50% of the total score awarded to competing countries – was not disclosed until after the final.

This year`s contest will take place in Copenhagen on 10 May.