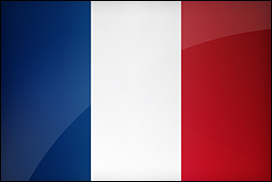 PARIS (CelebrityAccess) — A growing number of bands have canceled scheduled shows or tours in the wake of the attacks in Paris, including, unsurprisingly, The Eagles of Death Metal, who were playing at the Bataclan Theatre when it was attacked.

French news agency Agence France-Presse reported that a spokesperson for promoter Nous Productions said the band decided to cut the remaining 21 dates of their current European tour, and return to the U.S.

The Foo Fighters also cancelled all of their remaining European tourdates, posting a statement on Facebook that said: "It is with profound sadness and heartfelt concern for everyone in Paris that we have been forced to announce the cancellation of the rest of our tour. In light of this senseless violence, the closing of borders, and international mourning, we can't continue right now. There is no other way to say it. This is crazy and it sucks. Our thoughts and prayers are with everyone who was hurt or who lost a loved one."

Motörhead was also set to play a show in Paris, but have postponed until January.

The Deftones, some of whom were reported to be at the Eagles of Death Metal concert but left shortly before the attacks started, have cancelled the remainder of their European tour, including performances in Berlin and London.

"Much has been said, as well as seen, on every media outlet about the events in Paris. Some of us were in attendance at the Le Bataclan, and the rest of our family, just blocks away on this night. We have been to Paris many, many times, and we’ve had some of the most amazing shows in this tremendously electric city," a rep for the band said on their Twitter account.

"With this being said, and with our deepest condolences, love and respect to everyone affected, and to all of us who share this planet, we must return home to our loved ones. We will return when appropriate."

Coldplay canceled a concert in Los Angeles on Friday that was to be streamed live on Los Angeles radio station KROQ and TIDAL.

California-based rock band Papa Roach also canceled several shows, including one in Northern France on Sunday and a Monday show at the Olympia in Paris. Their tour resumes in Amsterdam on Tuesday. – Staff Writers