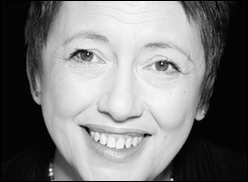 MELBOURNE, Australia (VIP-NEWS) — ILMC’s longtime producer, Alia Dann Swift, passed away Tuesday at her home in Melbourne, Australia. Alia was diagnosed with an aggressive cancer in early April and had spent the last few weeks being cared for by her husband, Steve. She was 57.

“She was the best,” says CAA’s Emma Banks. “A beautiful human being, a great friend, a smart and an inspiring woman.”

Prior to joining the International Live Music Conference (ILMC) as producer in 2000, Alia had worked in a variety of production roles, including tour management, production coordinator and artist liaison for artists including Paul McCartney, David Gilmour, Sparks, UB40, M People, Peter Gabriel and REM.

Alia was part of the team that brought Roger Waters and David Gilmour together for Live 8 in 2005, and she played in a key role in the inception of Lord of the Dance, a touring production that went on to tour successfully worldwide for nearly two decades.

“Alia was renowned for her warmth, her tireless support of those around her, a perennial sense of humour and a no-nonsense approach,” says ILMC head Greg Parmley. “She was a widely loved and respected figure in the touring world who will be deeply and entirely missed.”

Her role at ILMC was instrumental in both managing and growing the conference, and her tenure also saw the launch of IQ Magazine and the ILMC Production Meeting (IPM). She produced ILMC until 2014, and consulted on the event in 2015.

“Without Alia there would be no ILMC now,” says ILMC founder Martin Hopewell. “A handful of years into the conference’s long history, she stepped up to take on the job of making it work at a time when the organisation behind the event had fallen apart and I had almost given up hope of finding a way to continue.

“Alia pretty well single-handedly redesigned the way ILMC was put together, and became a major driving force in steering the conference towards the status that it now occupies. She was quite literally the mother of the conference, and every single one of us owes her a debt.

“I will miss Alia’s super-human organisational skills, her almost limitless patience, her way of gently keeping me in check, her unfathomable sense of humour – and her disturbing ability to look glamorous in a cow costume. But overall I will miss having that wonderful, caring person in my life – one of the best friends and allies I have ever known.”

David Garcia at DEAG adds: “She was the first person I ever spoke to at an ILMC many, many years ago. She encouraged me back then, not to be intimidated by all the experienced professionals and to speak up. It’s advice I have followed all those years and will now forever be linked to the memory of this beautiful soul. I am very sad.”

ILMC is inviting friends and colleagues to contribute to a permanent page on the ILMC.com website. If you would like to submit a few words, memories or thoughts, please email greg@ilmc.com