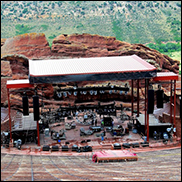 (Hypebot) – For those who find giant cities like Austin and L.A. to be a little too much, here are four approachable urban locales where the music scene is disproportionately large and vibrant when compared to the size of the town itself.


It’s a rather old trope, but apart from the occasional “supergroup” or Prince protégé, bands usually start in garages — and houses with garages tend to be in small towns or suburbs. In fact, I bet someone with more patience than I have could do an interesting study comparing the percentage of houses with garages in a given town to the number of bands it produces. Lesser known venues in small cities have been a breeding ground for great music scenes for ages, from Liverpool to Athens, GA. Right now, I’d be curious to know the garages per capita of these towns:


You younger lot may be asking: Omaha, Nebraska? Yes, Omaha. In the 1920s when the city was a center for jazz and blues, a local could catch acts like Count Basie, Duke Ellington and Louis Armstrong. One of those places, the Dreamland Ballroom, was at the center of that scene for 4 decades. Since then, there have been some rising stars associated with Omaha, the biggest name being Bright Eyes (Conor Oberst).


The city hosts summer festivals like the Riverfront Jazz and Blues Festival and the Hullabaloo Music and Camping Festival. Some venues that would be great for visitors to check out are the Slowdown, The Waiting Room and Sokol Underground.


I forgot to mention colleges. It’s great to have a garage to rehearse in, but it also helps to have a local college to attract kids trying to out-cool each other. Home to the University of North Carolina-Chapel Hill and within a brief drive of both North Carolina State University and Duke University, Chapel Hill suffers from no shortage of young, tuned-in music fans keeping venues and promoters on their toes to book the hottest acts for relatively low-cost tickets.


With eclectic record stores, thrifts shops and late-night dining options, you have a setting that appeals to students and musicians alike. Proximity to Raleigh and Durham also makes it a draw for bigger musical acts. Artists who have been associated with Chapel Hill are James Taylor and Ben Folds Five. You can catch some local acts at the Cat’s Cradle, Local 506 and Haw River Ballroom to name three.


My old stomping grounds, just over the Charles River from Boston, Cambridge has long been known by the locals as a place that up-and-coming bands of all genres come to play. It comes as no surprise that acts like Aerosmith, the Pixies and Joan Baez made names for themselves in the quaint city that houses little-known colleges like Harvard and MIT. The best known spaces for great music on any given night can be found at The Middle East (which has an upstairs and downstairs) and T.T. the Bear’s Place. Both are unpretentious and can get filled to the gills with great talent and locals who know it when they hear it.


Okay; maybe not such a small town, but the Mile High City has been steadily providing great music for decades. Denver rivals Austin, Texas with its overwhelming amount of music venues, places boasting calendars packed full of local and national acts every night of the week. There are about 2,300 music-related jobs in Denver, which is higher than Seattle and New Orleans on a per-capita basis. Denver is home to 44 music venues and at least 60 more mixed-use venues that offer live music every night of the week — one of the favorites being the Bluebird Theatre.


Some acts that were local to Denver that have now gained national (and international) attention include The Fray and OneRepublic, who probably went from the smaller Bluebird to the larger Red Rocks Amphitheatre — which is a must-see in itself.


In conclusion: there are all sort of hidden gems to be found all across America. You just need a map and an ear for good music