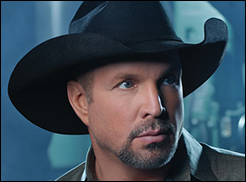 (Hypebot) – Amazon launched its paid on demand streaming service Amazon Music Unlimited just last week; and today signaled that it too would play the exclusive music game with the acquisition of first-ever streaming rights to country superstar Garth Brooks.

More music from the multi-GRAMMY award-winning and Billboard award-winning artist will be added to Amazon Music Unlimited later this year, including his upcoming new holiday album with his wife and country star Trisha Yearwood titled, Christmas Together and his upcoming studio album, Gunslinger, his first since 2014.

Why Spotify And Apple Music Lost Out?

Why did Brooks, who controls much of his catalog, choose Amazon Music? Clearly, there was some cash involved, though the amount is undisclosed and Brooks does not really need more money. The answer as to why he chose Amazon is more about how Spotify and Apple Music operate. Apple – Spotify"We were talking to Spotify and Apple," Brooks told Billboard. "Spotify didn’t have a place to sell [music] and iTunes had their own rules so, even though we can stand in the same room and be friends, there is some kind of rub there." Brooks has refused to sell individual tracks on iTunes because he wants to keep his albums as a complete unit.

"Then out of the blue comes a company that’s one, if not the most trusted name, in Internet sales, and they want to launch a streaming service," he continued. "They already have a ton of listeners for their existing streaming service and they can do digital and physical sales."

“This is a landmark moment for both Amazon Music and Garth Brooks,” stated Steve Boom, VP of Amazon Music in a statement. “Garth Brooks is a legendary country music superstar who continues to shatter industry records and amaze fans three decades into his career. We are honored to make his music available for streaming for the first time ever, exclusively on Amazon Music.” – Staff Writers