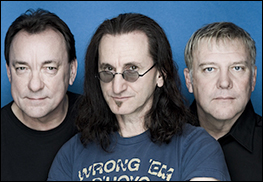 TORONTO, ON (VIP NEWS) — Rush singer and bassist Geddy Lee has said he hopes the band`s touring days aren`t over after drummer Neil Peart mentions he considers himself retired in a new interview.


The Canadian rock band completed a 40th anniversary North American tour this summer amid rumors it might be their last.


But in an interview with the BBC, Lee said he was "optimistic" that Rush would play live again.

"As you get older and as the prospect of the end of your touring life becomes an option, you try not to take your shows and your gigs for granted," he said.


"On this tour in particular it was a little more emotional than others because you`re never quite sure if you are going to get around to do this again."


Lee said the last show of the tour – at The Forum in Los Angeles in August – had been "emotional".


The line-up of Lee, Peart and guitarist Alex Lifeson has remained unchanged since 1974, making Rush one of the most stable acts in rock history.


Lee, who was in London to promote the band`s R40 live album, said: "I`m one of three members and everybody has a kind of different idea about what they`d like to do with the rest of their lives.


"So I`m not really sure at this point whether there will be more tours or not. But I remain optimistic."


The bassist said his plans for 2016 included producing an independent film project about baseball in Italy.


The band`s breakthrough record was the 1976 album 2112, which included a 20-minute song sequence set in a dystopian future.


The 1980 Permanent Waves album – and hit single The Spirit of Radio – took the band in a more commercial direction.


Rush reached their commercial peak with 1981`s Moving Pictures, which marked a much heavier use of synthesizers on songs like Tom Sawyer.