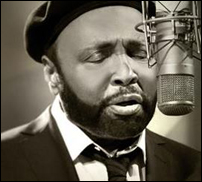 Crouch, often called the Father of Modern Gospel, was known for his performance abilities, working with artists such as Madonna, Quincy Jones, Michael Jackson and Elton John among others. His songwriting and arranging credits include
"The Blood Will Never Lose Its Power", "My Tribute (To God Be the Glory)" and work on the scores of films such as The Color Purple and The Lion King.

A native of San Francisco, Crouch grew up amidst his family's street ministry. He founded his first gospel group, the Church of God in Christ Singers, when he was in his teens.

In 1965 Crouch founded the group Andraé Crouch & the Disciples, through which he helped to modernize gospel, infusing R&B elements into the music and as a consequence, was one of the first gospel artists to cross over into the mainstream.

Crouch won numerous awards and honors over course of his career. In addition to his GRAMMY Awards and GMA Dove Awards, he has received ASCAP, Billboard and NAACP Image Awards. In 2004, he was honored with a star on the Hollywood Walk of Fame and in 2005, Crouch was the recipient of the National Academy of Recording Arts and Sciences’ Inaugural Salute to Gospel Music Lifetime Achievement Award.

In his final years, Crouch served as Senior Pastor at the New Christ Memorial Church of God in Christ in San Fernando, California, the church founded by his parents.

Crouch died Jan. 8 at Northridge Hospital Medical Center, after suffering from a heart attack. He was 72 at the time of his passing. – Staff Writers