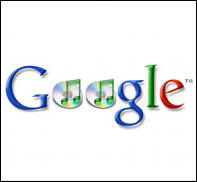 MOUNTAIN VIEW, CA (CelebrityAccess MediaWire) — The Apple vs. Google battle is brewing and by the speculation of the tech world, its going to be epic.

People familiar with Google and their discussions with the music industry are churning the rumor mill and say that Google is preparing to launch a music download service tied to its search engine later this year, followed by an online subscription service in 2011.

While the details of the proposals are vague, and it is unclear whether Google has struck any deals with record labels so far, people who have been briefed on the company's talks with the industry say, "Google has been stepping up conversations about offering new music services tied to phones running its Android operations system alone with the broader web," according to the Wall Street Journal.

But don't abandon iTunes yet, Google's download music store is still months away.

"The first phase of Google's music service is expected to be a Web store where users can buy and download tracks," music industry insiders said according to the Wall Street Journal. "It will be tied directly to Google's search engine, so that people using Google.com to look for a particular group or song will be served a link to the company's music store," according to people familiar with the talks.

Insiders say, the "download store would be an "interim" step toward what is expected to be a more ambitious cloud-based subscription service compatible with mobile phones built with Google's Android software. A cloud-based service would enable subscribers to stream music directly from the Internet to their mobile phones, so that users wouldn't need to store music files on their devices," according to the Wall Street Journal.

It was with Google's introduction of the Android phone, a direct challenge to Apple's iPhone, that tensions started to build between the companies. Since its introduction, Google has thrust itself into the music industry with features like linking to partner websites such as iLike and Pandora, allowing people to stream songs directly from its search page.

In the past several months, Apple bought and then shut down online music service Lala.com, prompting widespread speculation it might also soon launch a new cloud-based version of its iTunes music store.

Google is also moving to add professional content on its YouTube video site, and is planning to roll out a digital bookstore this year according to the Wall Street Journal.

Google's dive into music retailing is likely to be welcomed by music labels that are increasingly concerned about Apple's dominant position among U.S. music retailers.

Apple accounted for 28% of all music purchased by U.S. consumers in the first quarter, with Amazon.com Inc. and Wal-Mart Stores Inc. remaining far behind with about a 12% share each according to NPD Group.– CelebrityAccess Staff Writers