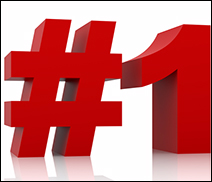 (Hypebot) – In late 2014, as part of a move to include digital consumption in its chart calculations, Billboard began counting 1,500 streams or 10 paid downloads of a song as the equivalent of one album sold. Recently, a growing number of top artists have released mega-albums that use this calculation to influence their position on the charts.

It began as a function of how much music could fit on a 12 inch slab of vinyl; and for decades most albums released have 10-13 tracks clocking in around 45 minutes. But Drake's new "Views" album is 83 minutes and 20 tracks, and James Blake's "Color Of Everything is 75 minutes and 17 tracks long. A$AP Rocky’s hit album "At.Long.Last.A$AP, " Kayne West's "Life Of Pablo" and Zayne Malik's solo debut each contain 18 tracks and run well over an hour.

Before concluding that your favorite musical genius has suddenly become more productive, consider this: For the last 18 months Billboard has counted 1500 streams or 10 paid downloads of a song as the equivalent of one album sold. So, when fans streams any of the aforementioned albums on Spotify or Apple Music, their 18 -20 track streams count 80-100% more towards chart position when compared the usual 10-11 song album.

Drake went even farther to game the system. Under RIAA rules, streams of previously released singles also count once they're included on an album. Thus, ‘Hotline Bling’ which was released last July, contributed greatly to Drake's new #1 album because it had already been streamed 400 million times on Spotify and 700 million times on YouTube. According the RIAA, Drake had already sold 267,000 album equivalents the minute that his "Views" album became available.

Digital Only Releases: Things Gets Even Worse

French Montana and DJ Khaled have been high on the Billboard chart this summer, despite the fact that neither's new tracks are on an album that has sold a single copy. How? Because they really aren't on albums at all, but rather branded playlists of successful singles by various artists released over months and compiled by their label to take advantage of Billboard's 2014 definition of what constitutes an album.

It's hard not to view all of these tactics as an attempt to manipulate the charts. But “if they’re living within the rules, good for them in being creative and having enough of a stable of big-name artists and big songs,” Dave Bakula, a senior analyst for Nielsen Music told the New York Times, admitting that it does feel "a little bit like a ‘Now’ record for streaming services,” referring to the wildly successful “Now That’s What I Call Music!” CD compilations.

"The casual observer thinks what rules “Billboard” rules for real," says music industry pundit Bob Lefsetz. "But that’s oftentimes untrue. First and foremost, we live in an era of singles, not albums… Forget albums, the public already did, except for hard core fans and they’re only a fraction of the business."

“It was born out of a need and a problem,” argues Celine Joshua, an SVP at Epic Records, who was part of the French Montana and DJ Khaled project. “I was thinking about our hot roster and the cycles of which content was coming out when, albums that were around the corner and how young fans on these platforms are behaving – consuming in the playlist manner.”

Unless Billboard and the RIAA change the rules, expect smart artists to release many singles spread over a number months; and savvy labels to cull the most successful ones to drive too-long albums including new tracks that would previously been rejected for release.