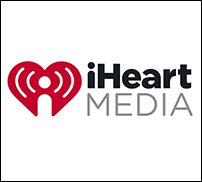 SAN ANTONIO (CelebrityAccess) — iHeartMedia, Inc. announced on Thursday (Mar. 15th) that they and some of their subsidiaries had voluntarily filed for Chapter 11 bankruptcy, ending weeks of speculation about the company’s fate.

According to a statement by the company, day-to-day operations at iHeart will continue as normal. iHeartMedia believes that its cash on hand, together with cash generated from ongoing operations, will be sufficient to fund and support the business during the Chapter 11 proceedings, the company said.

iHeart noted that their advertising division, Clear Channel Outdoor Holdings and some of its subsidiaries were not included in the Chapter 11 filing.

iHeartMedia also indicated that they had reached a deal with creditors in a major restructuring of its finances. According to iHeart, the deal allows them to shed more than $10 billion, or about half of the outstanding debt the company accumulated during a leveraged buyout by Boston-based private-equity firms, Bain Capital Partners and Thomas H. Lee Partners, which closed in the depths of the 2008 financial crisis.

“iHeartMedia has created a highly successful operating business, generating year-over-year revenue growth in each of the last 18 consecutive quarters. We have transformed a traditional broadcast radio company into a true 21st century multi-platform, data-driven, digitally-focused media and entertainment powerhouse with unparalleled reach, products and services now available on more than 200 platforms, and the iHeartRadio master brand that ties together our almost 850 radio stations, our digital platform, our live events, and our 129 million social followers,” said Bob Pittman, Chairman and Chief Executive Officer.

“The agreement we announced today is a significant accomplishment, as it allows us to definitively address the more than $20 billion in debt that has burdened our capital structure. Achieving a capital structure that finally matches our impressive operating business will further enhance iHeartMedia’s position as America’s #1 audio company,” Pittman added.

Notably absent from the restructuring announcement was an infusion of capital from John Malone’s Liberty Media. After iHeart missed a debt payment in February, Liberty dangled a lifeline in the form of a $1.16 billion for a 40% stake in the company, with Liberty acquiring $400 million of iHeart’s debt as negotiations progressed.