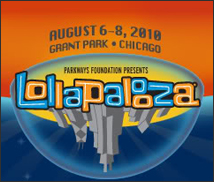 CHICAGO (CelebrityAccess MediaWire) — The office of the Illinois Attorney General has reportedly begun an investigation into Lollapalooza promoter C3 Presents over possible anti-trust issues connected to their contracts with performers at the popular Chicago festival.

While the Illinois Attorney General's office is not commenting on the investigation, C3 sources confirmed to Chicago-based music blogger Jim Derogatis that execs at C3 had in fact received subpoenas.

According to Derogatis, Lollapalooza contracts with artists, like most festivals, include a "radius clause" that prevents artists from performing at competing shows. In the case of Lollapalooza, the contract blacks out a 300 mile radius area for a period of 180 days prior to the festival and for 90 days afterwards, effectively excluding a performance for a 9 month period. For a festival like Lollapalooza, which books 120 different artists per event, this can exclude a significant number of bands from multiple markets for virtually the entire year.

"The radius clause does seem extreme," Matt Rucins, who books the Chicago club Schubas Tarvern told Rolling Stone. "It's nine months, essentially. It's hard to deal only with three months of available talent, assuming Lollapalooza is grabbing the cream of the crop. But I think it's something that can be hashed out without the attorney general getting involved — or lawyers, period. That seems like an awful waste of time and money."

Festival promoters say that the radius clause is important to the success of their events and told Billboard. that as with 90% of the bands booked for the festival, they play within the excluded radius/time frame without repercussions from C3 and that C3 has yet to enforce the radius clause.

"I have certainly, many times, been presented with a clause, and negotiated down prior to confirmation — or [said], 'I really want to be able to do this with the band; will you guys look the other way?'" Billions agent David T. Viecelli, who's bands habituate Lollapalooza lineups, told Rolling Stone. "I haven't found it to be an incredibly rigid thing." – CelebrityAccess Staff Writers