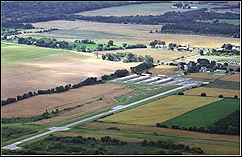 GREENWOOD, IL (CelebrityAccess MediaWire) — The owner of a small airport in Greenwood, Illinois, has filed a federal lawsuit contending that Sheriff Keith Nygren forced him to hire off-duty deputies as security for concerts held on airport property at twice the rate of a private firm.

Michael Stanard, who is hosting a 1967 Summer of Love tribute concert featuring Canned Heat and Iron Butterfly on the airport property this weekend, had planned to hire a private firm to handle security at the 1,000-3,000 capacity concert.

Stanard told the Chicago Tribune that Nygren has made unfair demands for all concerts hosted at the site. At a 2005 Hurricane Katrina benefit concert, the suit alleges, Nygren “foisted his deputies on plaintiffs and the event organizers and displaced said private security by arbitrarily and capriciously specifying the number of his off-duty deputies to replace them.”

“It’s just unfair,” Stanard told the paper. “I just want him to leave me alone. It really comes down to freedom of assembly. I don’t want the sheriff to make me hire his deputies at the price he dictates and in the number he dictates.”

Nygren told the paper that he won’t ask his deputies to work there anymore because Stanard has been rude and unreasonable.

“There’s no merit whatsoever,” Nygren said of the lawsuit. “It’s the most venomous, ridiculous thing I’ve ever read. It’s a shame we have to go to court on this, but we will, and we will prevail.”

Nygren said concert promoters often hire off-duty deputies at $40 per hour because they have police powers that private security firms do not possess. He denied Stanard’s allegations and said he never has forced him to hire deputies. –by CelebrityAccess Staff Writers