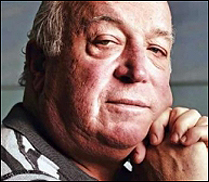 LONDON (VIP NEWS) — UK Music conference In the City have announced a new batch of A-list keynotes for this year’s In The City.

Lyor Cohen will share the stage with Jazz Summers for a keynote debate, on the first day of the conference, billed as Cohen vs. Summers – the Struggle for Power.

Also, speaking together in public for the first time in nearly 20 years, will be music industry icon Seymour Stein and Richard Gottehrer, who co-founded The Orchard – in conversation with former Rolling Stones manager Andrew Loog Oldham. Together they founded the legendary Sire Records in 1966, which helped to define the New York punk scene in the late Seventies.

In The City takes place in Manchester from October 5th – 7th.