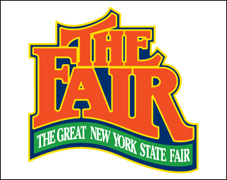 SYRACUSE NY (CelebrityAccess) — New York State has been asked to pay $120,000 dollars for a concert at the Lakeview Amphitheater last summer and now some officials are wondering why.

The concert in question, a September 3rd performance by country artist Miranda Lambert, was the inaugural event for the new taxpayer-funded amphitheater on Onondaga Lake, which, at the time, was hailed as a modest financial success.

However, an audit by Onondaga County Comptroller Robert Antonacci released this week has taken issue with the claims of profitability, according to the Syracuse Post-Standard.

"The state of New York bailed out the Miranda Lambert concert and provided in excess of $100,000 for items we cannot verify," Antonacci said. "It appears there was an agreement after the concert was done to subsidize the concert by New York State."

County Executive Joanie Mahoney, who has been a vocal supporter of the new venue, has taken issue with Antonacci's version of events, telling the Post-Standard that the comptroller was being deceptive and had a "politcal agenda."

"The concert was an unmitigated success and we continue to have these relentless efforts to parse facts and cast aspersions," Mahoney told the Post-Standard. "What [Antonacci] wrote is not worth the paper it's written on."

Part of the dispute appears to be related to the deal for the concert. In an interview in August, Mahoney said that the county's expenses would be minimal, and would offset its costs with splits on concessions, merchandise, sale of VIP box tickets and sale of naming rights or sponsorships. However, the deal venue operator SMG struck with Live Nation for the concert ceded all of the merchandise revenue, facility fees, Ticketmaster rebates and net concessions sales to promoter-giant, with the county collecting just 10% of the VIP box sales, the Post-Standard said.

Then, the county submitted expenses to the state, seeking $119,035.88 to cover items such as LED screens in the lawn, credit card machines, portable toilets, advertising and event supplies.

Antonacci says that SMG provided him an internal profits and losses sheet claiming the concert made $2,313 and which did not comply with generally accepted accounting practices. After he expressed his concerns to SMG, they provided him with an amended statement, indicating the concert made less than $1,000 and did not disclose losses of over $100,000 or the state subsidy, Antonacci said.

SMG has since said that they did not provide the statements, which were instead prepared by Deputy County Executive William Fisher, the Post-Standard reported.

Fisher has echoed Mahoney's claims of political motivation, stating that the P&L sheet he provided was not intended to be a financial statement.

"Talk to any auditor, that's a joke, it's clearly politically motivated," Fisher told the Post-Standard. "They expand the methodology and made a huge deal about the one-page P&L." – Staff Writers