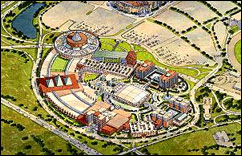 “There are too many serious questions that have to be answered for the public before any action should be taken by the board,” DiGaetano said at a news conference. “I’m a Giants fan and a longtime season ticket holder but it’s clear that this is just a power play by the New York Giants organization.”

DiGaetano insisted that the board wait until midsummer, a point at which he expects the New York Jets’ bid for a stadium on Manhattan’s West Side to fall apart.

“Once that idea crashes, we can sit both the Giants and the Jets down and try to work out a deal for a new stadium for both teams,” he said.

He believes that the Giants want the deal done now because they want to have leverage over the Jets.


“If the Giants’ deal is done first, the Jets will be stuck with whatever crumbs the Giants let fall from the table,” he said in the press conference. “But the Giants’ lease runs until 2026, so why do a deal now?”

DiGaetano also showed concern that season-ticket-holders might have to buy a “personal seat license” at up to $5,000 per seat for the right to continues purchasing the season tickets, despite the officials for the Giants said that is not part of the current financing plan.

Under the tentative deal between the team and the state, the NFL franchise would pay full cost of construction, and $6.3 million annually in rent and payments in lieu of taxes to the East Rutherford. The state would contribute about $30 million to infrastructure costs. –by CelebrityAccess Staff Writers