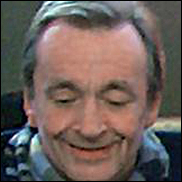 LONDON (VIP NEWS) — John Gammon, Pollstar’s UK/Europe Correspondent over the last two decades, has died. He had been fighting cancer.


Gammon covered stories that ranged from the innocuous to the extremely sensitive and was the first to break stories such as Lollapalooza’s entrance into Berlin.


He was also very well known by the industry people that attends the Live Music conferences in Europe where John always was a visible character.


He was passionate in getting to the root of the story, even if it may have ruffled some feathers. Gammon’s background includes a career as an agent as well as managing acts like Katrina & The Waves and Kingmaker, the latter of whom could boast opening acts like Radiohead during its ’90s heyday.


A native and resident of Ely, Cambridgeshire, England, Gammon studied journalism at Harlow College. That education was put to use when Gammon was recruited by Pollstar to report from the International Live Music Conference on a one-off basis.


The response to his reportage was so overwhelming that Gammon became Pollstar’s longtime UK and Europe correspondent. His work anchored Pollstar’s International News pages until this week. It is difficult to encapsulate 15 years of collaboration into a paragraph.


The best we can do immediately is say farewell and acknowledge his contribution to not only the company, but the concert industry as well.