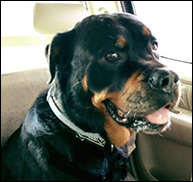 DEVON, England (CelebrityAccess) — Singer Joss Stone has postponed a series of shows in the in the Caribbean while she tends to her sick dog.

Stone took to Facebook to announce that she was postponing her April 16 show in Barbados and April 19th Trinidad show after her dog Missy suffered internal bleeding.

"I am very sad to announce that I have to postpone the show in Barbados and also Trinidad and Tobago. Hopefully I will be able to return in time for the gig in Venezuela if all is well. Last night my dog Missy got rushed to the vets with internal bleeding, I was told she could have only a few hours to live. Luckily she made it through the night and they are now working hard to find out what is wrong and save her. Missy is the closest thing I have to a child. I know to some that may sound ridiculous but for me it is everything," Stone wrote in a post on her Facebook page.

"I have to go back and make sure she is ok before I can continue with the tour. I hope that those who have planned to attend the shows can understand. I will come back I promise, but right now Missy comes first.
Please say a prayer for Missy. I don't know what I will do if she is not around. I can't bear the thought. Please say a prayer even if you don't believe in God, just put out some good energy for her," Stone added. – Staff Writers