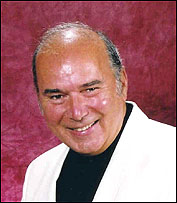 Rainman's goal is to work with a roster of quality artists who have rights to their masters. These classics will either be re-mastered and/or re-released with bonus tracks and other enhancements such as special liner notes, unique pictures and other elements to give audiences CDs with appeal far beyond the original release. In addition, Rainman will record new albums by both established and contemporary artists who are active in the recording studio and working live as performers. The label will be distributed by Red Distribution through an arrangement with Shout! Factory.

Rainman's fall 2003 releases include The Fixx's first album in five years (Want That Life) along with reissues of four of their classics (Calm Animals, Shuttered Room, Real Time Stood Still and Happy Landings And Lost Tracks), a unique Motels-Fixx-Berlin concert CD recorded live at the Universal Amphitheatre (Greatest Hits Live) and a Jefferson Starship two-CD set recorded live at the House of Blues (Deeper Space/Extra Virgin Sky). In addition, two Kid Creole and the Coconuts' CDs will be re-released, Too Cool To Conga will contain three bonus tracks, and their debut Off The Coast of Me (originally released in 1980 on the Ze Record label) will feature five bonus tracks.

Music industry veteran Greg Lewerke will serve as general manager of Rainman. His background includes general manager of the import division of California Record Distributors and head of Vault Records, both owned by his father. He went on to work as head of international A&R for United Artists Records, as US President of Jet Records, as American manager for Electric Light Orchestra, and as head of Leber-Krebs' West Coast office (whose roster included Aerosmith and Ted Nugent, among others). In addition, he served as American manager for Nazareth, Stone Roses and worldwide manager for many artists, including the Blasters (with whom he has a 20-year relationship).

Rainey started his career as an agent with the Ashley Famous Agency (now ICM) in January 1969. He moved to the Agency for the Performing Arts in September 1971 and opened the West Coast office of Magna Artists Corp in July 1973. During his agent years he represented such acts as The Grateful Dead, Jefferson Airplane, The Byrds, Chicago, Seals &Crofts, Kris Kristofferson, Janis Ian, Harry Chapin, Chuck Mangione, Jimmy Buffett, Black Sabbath, The Electric Light Orchestra, Ozzy Osbourne, and many others.

(CelebrityAccess News Service) – Higher Octave Music has re-launched the CyberOctave sub-label with the leadership of seminal new media producer Michael Gosney to help expand the imprint with a spate of new signings, and plans to acquire titles from indie sources worldwide.

CyberOctave will continue its focus on releases in the dance music/DJ genre, but will also diversify with a varied spectrum of cutting edge recordings. "I think of the label as eclectic-experimental," says Marshall. "We'll work on combining genre-defying new sounds and musical styles. Yes, there will be an emphasis on dance — but intelligent dance music, with a different ethos and mind-set."

"We are establishing a standard of quality," says Gosney, "that is in harmony with the spiritual and aesthetic sensibilities of Higher Octave's catalogue, and that will properly introduce this exciting new music to the U.S. market."

CyberOctave signings include "ethono, tribal trance band" Lost At Last, "cosmic pop band" Foxgluv, and the spiritually driven electronica artist Shakatura, who will be performing extensively on the West Coast this fall with the "Ambient Alchemy" tour.

CyberOctave is also interested in licensing and acquiring innovative and pioneering dance and experimental music from small labels and independent sources throughout Europe and around the world, and providing U.S. distribution through EMI Music/Caroline. "There's a huge lack of knowledge and availability of the music from the leading artists in the electronic genre in the U.S.," says Gosney. "With select licensing deals, new artist development, and marketing initiatives such as the new CyberOctave website launching October 1, viral marketing and events, we plan to catalyze a more sophisticated U.S. market for this exciting music."