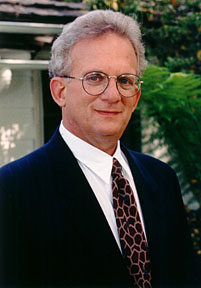 WASHINGTON (AP) — A California congressman on Thursday defended his proposal to give the entertainment industry new powers to disrupt downloads of pirated music and movies.

But Rep. Howard L. Berman indicated he might rewrite part of the bill to more plainly outlaw hacker-style attacks by the industry on Internet users.

Berman's anti-piracy bill has emerged as one of the most controversial policy debates in Washington affecting the Internet and technology industry. Berman, whose district includes Hollywood, introduced the bill in late July.

The ranking Democrat on the House Judiciary panel on the Internet and intellectual property, Berman complained at a hearing Thursday of "truly outrageous press attacks" over his proposal.

The subcommittee's chairman, Rep. Howard Coble, R-N.C., who co-sponsored the bill with Berman and two others, added that he "never received so much notoriety for a bill I didn't introduce."

Critics have charged that the bill would permit Hollywood to act like hackers. It would lift civil and criminal penalties against entertainment companies for "disabling, interfering with, blocking, diverting or otherwise impairing" the trading of pirated songs and movies on the Internet.

Broad attacks affecting Internet users would not be permitted "except as may be reasonably necessary" to prevent copyright violations. Copyright owners would be required to explain in advance to the Justice Department the methods they intend to use against pirates, although the bill doesn't require approval from Justice officials.

Berman argued that property owners can trespass to recover stolen items, so entertainment companies shouldn't be prohibited from thwarting Internet piracy. But he said he might have to rewrite a section of the bill to make it clear that a hacker-style attack that deliberately shuts down a person's Internet connection would not be protected under his bill as reasonably necessary.

"No judge or disinterested party would read it that way," Berman said. "Some folks have raised concerns about this provision, and we're thinking about alternative language that would resolve their concerns."

Randy Saaf of MediaDefender Inc., a secretive Los Angeles company that builds technology to disrupt music downloads, told lawmakers Thursday that some tactics his software can use are legally questionable under U.S. computer crime laws. One such technique, called "interdiction," deliberately downloads pirated material very slowly so that other users can't.

"We don't want MediaDefender's self-help technology to be illegal due to hacking laws that were never meant to address (file-sharing) networks," said Saaf, the company's president.

Some Democratic lawmakers complained that Berman's bill could make it too easy for the entertainment industry to mistakenly target innocent Internet users. Rep. Rick Boucher of Virginia cited a threatening letter to an Internet provider from Warner Bros., which demanded that a particular subscriber be disconnected for illegally sharing the movie "Harry Potter and the Sorcerer's Stone."

But the computer file identified by Warner Bros. in its letter indicated that it wasn't the "Harry Potter" movie but a child's written book report.

Because it was introduced so late in the legislative session, Berman's bill has almost no possibility of passage before Congress adjourns next month. But some lawmakers threatened to reconsider the measure next year unless the entertainment and technology industries can agree on their own anti-piracy solutions.