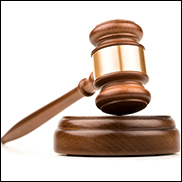 (Hypebot) – Although it initially promised to be more generous with its royalty payouts, Tidal is now being accused of fiduciary negligence similar to that leveled against incumbent streaming services, although there is some question over how responsible the company really is.


It's been no secret that Tidal, Jay-Z's foray into the music streaming business, hasn't exactly had the success it was supposed to have. In the wake of all the angry sentiment about just how much other streaming services were paying musical artists, Tidal positioned itself as artist-friendly, the option for fans that want to make sure musicians get paid. It sounded great, except now Tidal finds itself joining the club of streaming services facing legal action over artist royalties.


Over the weekend, Yesh Music Publishing and John Emanuele (of the duo American Dollar) filed a lawsuit against Tidal for $5 million. The lawsuit claims that Tidal licensed at least 118 songs by American Dollar without the group’s permission and hasn’t paid the royalties it owes for streaming the songs. The complaint also says Tidal is “deliberately miscalculating” its per-stream royalty rates and failing to send reports to the American Dollar about streams of their songs.


If this all sounds incredibly familiar, it should, because these are the same accusations leveled against the other streaming services. This particular action is similar to David Lowery's suit against Spotify, in that it appears to revolve around mechanical licenses for compositions used in streaming music. While Tidal will likely argue that it properly licensed the works via its agreement with the Harry Fox Agency and via Section 115, it's not exactly settled that streaming services are covered by Section 115. Under Section 115, Tidal would serve a "notice of intention", or NOI, in order to get the license if it is unsure of whom it should be paying royalties to for a given composition. Tidal, like many streaming services, works with a third party to manage their licensing and NOIs for them (more on that in a moment). Indeed, the suit directly claims that no NOIs were filed, but sadly doesn't include the Exhibits in that PDF so that the reader could determine exactly which compositions are in question in this case.


Defendants failed to serve NOIs or timely NOIs for Plaintiffs’ and the Putative Class’ Copyrighted Compositions. Defendants’ failure to serve NOIs before the start of distribution precludes the creation of a compulsory license, and it does so both as to copies distributed prior to service and as to copies distributed thereafter. The tremendous power granted to Defendant under Section 115 is balanced by the strict obligations regarding notice. Defendant intentionally failed to adhere to its Section 115 obligations, while enjoying all of the benefits afforded by Section 115.


The filing goes on to acknowledge that Tidal has a third-party administrator managing the royalty payments and serving NOIs for them. That third-party is the Harry Fox Agency, the same company that was involved in Lowery's Spotify suit, along with a company called Music Reports. The suit claims that Tidal's ownership is named on the suit because those ownership entities "know full well that Harry Fox and Music Reports do not even try to serve NOIs…or calculate proper mechanical royalty rates unless expressly directed."


On top of this, the suit claims that Tidal is being shifty with how royalties are both calculated and reported.


Defendants’ systematic underpayment of royalties was done in several ways. First Defendants deliberately miscalculating the per-stream royalty rates by including millions of streams Defendants do not pay royalties in the calculation. This diluted the paid per-stream rate for royalty payments by up to 35%. Next Defendants systematically undercut the calculation of mechanical royalties to Plaintiff and the Putative Class by illegal deals with equity investor partners 65. Finally, Defendants failed to serve monthly detailed reports as required by the statute.


Tidal, as expected, is pointing back to the third-parties as being responsible.


TIDAL is up to date on all royalties for the rights to the music stated in Yesh Music, LLC and John Emanuele’s claim and they are misinformed as to who, if anyone, owes royalty payments to them. As Yesh Music, LLC admits in their claim, TIDAL has the rights to the Master Recordings through its distributor TuneCore and have paid TuneCore in full for such exploitations. Their dispute appears to be over the mechanical licenses, which we are also up to date on payments via Harry Fox Agency our administrator of mechanical royalties.


The entire catalogue in question streamed fewer than 13,000 times on TIDAL and its predecessor over the past year. We have now removed all music associated with Yesh Music, LLC and John Emanuele from the service. This is the first we have heard of this dispute and Yesh Music, LLC should be engaging Harry Fox Agency if they believe they are owed the royalties claimed.

Except, again, nobody seems to agree on whether or not Section 115, the basis for the compulsory license, applies to streaming sites like Tidal.


But the larger lesson in all of this is just how certain a thing it is that any new service that is in any way disrupting will be targeted and vilified. Keep in mind that Tidal was supposed to be the artist-friendly streaming service for music — the one that artists would be excited to work with, rather than those other guys. And here we are, not terribly far from the birth of the service, finding the same attacks from artists on it as were levied against the incumbent streaming services. Either the artist-owned Tidal tried to be artist-friendly but couldn't because of the insane nature of music licensing, or the artist-owned Tidal found being so-called "artist-friendly" to be impossible in the modern era of music services. Either way, the cure for this isn't more vilification of streaming services, it's getting copyright and licensing on sane, stable ground.