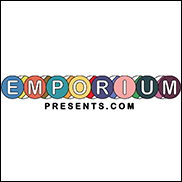 SEATTLE (CelebrityAccess) Emporium Presents, one of the last independent promoters in the U.S., announced it has sold a majority of its company to Live Nation.