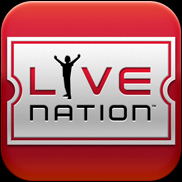 LOS ANGELES (CelebrityAccess MediaWire) — Live Nation Entertainment, Inc. reported earnings for their second fiscal quarter today, showing an increase in net income of $58.1 million for the quarter, compared to $7.7 million from the same time period in the previous year. Revenue for the first quarter was up as well, rising 8% to $1.68 billion from $1.55 billion a year ago.

The company is still operating in the red however, and reported an overall loss this year of $41.5 million for both fiscal quarters,

Live Nation saw solid revenue growth in their concerts, posting an increase of 10.9% from the same period in 2012. Revenue from ticketing operations was up as well, to 337.8 million, a 2.7% increase from the prior year. Sponsorship and advertising was also a bright spot in the earnings report, showing an improvement of 16.2% to $71.2 million from Q2 2012. Artist Nation however, saw a sharp downturn, posting a decline in revenue of 8.7% and an adjusted operating income loss of 43%.

The company posted a $30 million one-time gain on the sale of Foxwoods Theatre in May and proceeds from insurance for the reconstruction of the Jones Beach Theater which was damaged by Hurricane Sandy.

Live Nation beat analysts’ estimates and their stock price concordantly climbed by $1.01 to $17.33 in after-hours trading.

“We saw continued strong consumer demand for the live business over the past quarter, and further accelerated our top line growth by continuing to build share in our concerts and ticketing businesses. As a result, we are well on our way to achieving our 2013 goals with strong performance across our core business segments with revenue growth of 8% in the second quarter as compared to last year. The positive trend in our concert ticket sales from the beginning of the year has continued with concert attendance up 8% for the quarter,” said Michael Rapino, President and Chief Executive Officer of Live Nation Entertainment. “Sponsorship & Advertising delivered a 16% increase in revenue during the second quarter driven by new sponsors and improved online activity and Ticketmaster revenue was up 3% with 2% higher ticket volume. We strongly believe that the strategies and investments we are implementing today position the company for long-term growth and delivery of our three-year plan.” – CelebrityAccess Staff Writers