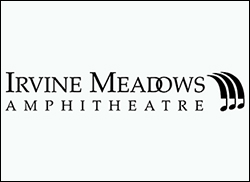 IRVINE, CA (CelebrityAccess) — More than 15,000 people signed an online petition to save the beloved Irvine Meadows Amphitheatre after news came that it was to be torn down for a housing development. While the shed is still on track for demolition at the end of the 2016 season, the enthusiasm of Irvine Meadows may have prompted Live Nation to plan for a replacement for the venue.

According to CBS News, Live Nation is partnering with developer Five Point to propose a new site for the amphitheater at the Great Park in Irvine.

Irvine city public affairs director Craig Reem told CBS in an email that he is making the new shed proposal a top priority, but cautioned that there are still hurdles to be cleared, including funding and traffic impact on the community, CBS said.

“What we see is people who spent their entire lives coming to the amphitheater, who met their significant others there and fell in love there,” Brad Locker, vice president of marketing, Live Nation SoCal Music told the Orange County Register. “People bring their kids here now or they write about seeing their first show ever at Irvine, whether it was coming out to see Pacific Symphony or Snoop Dogg, or they’ve come to all of the KROQ Weenie Roasts. It all means something to them. It’s sort of difficult for people to process that we’re telling them that this might be their last time at the amphitheater and that there’s currently no place for them to go. It’s a hard conversation to have with people.” – Staff Writers