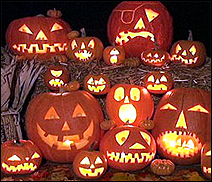 MADISON, WI (CelebrityAccess MediaWire) — Mayor Dave Cieslewicz has announced plans to build on the success of last year’s Halloween event, featuring involvement from Frank Productions. As in 2006, the 2007 Halloween celebration will feature live entertainment and a ticketing system.

“Last year, we laid the groundwork for a successful, enjoyable and peaceful Halloween celebration in Madison,” said Mayor Cieslewicz. “The addition of an experienced organization like Frank Productions will make this an even more successful and fun event in 2007. I appreciate the enthusiasm Frank Productions is bringing to this event, and look forward to working closely with them, in conjunction with city staff, students, downtown stakeholders and others as we continue to plan this event.”

“Frank Productions, based in Madison Wisconsin, is pleased to announce our involvement with Halloween 2007,” said Fred and Larry Frank, of Frank Productions. “We feel we have a lot to offer this great community-based event. We envision taking this event to the next level through re-branding with a focus more on music by bringing great local bands and other high caliber acts to State Street. Our mission will be to create a fun and safe event that all will be able to enjoy safely. We plan to approach the business community, the University of Wisconsin and students to get involved to make sure that everyone can take pride in this event.”

The involvement of Frank Productions fulfills a long-time interest of the city in finding ways for the private sector to play a greater role in organizing the Halloween celebration. Frank Productions will handle several significant aspects of the 2007 Halloween event, such as entertainment, publicity, fundraising, and ticketing. This will allow the city to remain focused on its primary goal for the event, maintaining public safety.

“The Halloween Action Committee (HAC) is excited that Frank Productions has stepped up to pick up where we left off after a very successful FreakFest 2006, and is looking forward to working with all groups interested in making this year’s celebration even better and more inviting to the UW community,” said HAC organizer Tom Wangard. “The HAC will continue to represent the UW student body by pushing for free admission for UW-Madison students in 2007, and by advocating for a headliner band to meet the caliber of this great Madison tradition.”

“Downtown Madison Inc. (DMI) is thrilled that Frank Productions has taken the opportunity to become involved in the 2007 Halloween event,” said DMI President Susan Schmitz. “We believe strongly that the entire downtown community needs to play a significant role in the continued re-branding of this event and are encouraged by the Frank's willingness to lead the way. Frank Productions bring a wide range of expertise in event production, marketing, and fundraising to the table – all of which will help us build on the significant successes of Halloween 2006.”

Hawk Schenkel, owner of Hawk’s Bar and Grill on State Street, added, “We are heading in the right direction by building on the good things that happened in 2006, and working on details to help ensure another successful event. Ticketing and fencing off the event obviously worked well. Having a reputable live entertainment vendor will take this event to a new level. We simply need to continue to work with the current concept and make it an event we as Madisonians, can be proud of.”