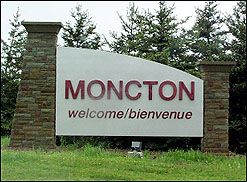 According to the Canadian Press, the Council has approved the acquisition of a number of modular buildings to serve as backstage and box office structures for the outdoor facility.

City Hall's Ian Fowler said that making the site more "user-friendly" will hopefully lead to increased activity in the form of concerts and community events.

Originally built for a 1984 visit by his holiness, The Pope, the site played host to a major concert by the Stones in 2005. This year, the Eagles are set to play there in August. – CelebrityAccess Staff Writers