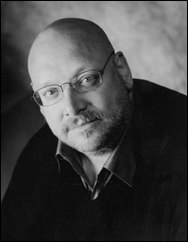 NASHVILLE (CelebrityAccess MediaWire) — Frank Callari, who managed such musicians as The Mavericks, Marilyn Manson and Lucinda Williams over the course of his career, died Friday. He was 55.

Kathleen Corbett, Mr. Callari's ex-wife, said he will be remembered for "his passion for life" and love for their 10-year-old son, Michael.

"He was a beloved father. I know I'm his ex-wife, but I'm also his friend," Corbett said. "He loved music, and he loved his son."

He will be revered among musicians as a "real artist's manager," said Mitchell Fox, a friend. "He set a standard and was deeply devoted to his musicians."

A few years back Callari resigned from his position as senior VP of A&R/artist development at Lost Highway Records in Nashville, home of Ryan Adams, and returned to artist management. Callari launched the label in 2001 and worked as one of the producers on Ryan Adams 2002 release "Demolition."

Eric Dout, the associate manager at the Frank Callari Corporation, told CelebrityAccess that the company will close its doors.

Fox credited Mr. Callari with recognizing Americana music as an art form long before the genre became popular in the mainstream.

"People like Lucinda Williams are famous all over the world. She is the queen bee of the Americana movement, and he was able to expose her to a mass market. He was just an Italian fellow from New York who made it big in Nashville," Fox said.

In lieu of flowers, the family asks that donations be made to Overbrook School or the American Diabetes Association.