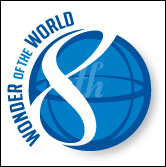 (CelebrityAccess MediaWire) — The 8th Wonder of the World, a leading entertainment company formed by Tantra and East West Entertainment, announced today that global superstar Ricky Martin will be performing at the international concert series' kickoff event at the Taj Mahal in Agra, India, February 25, 2006.

"What is understood across the globe is that children are the future. What is not understood around the globe is that the future of many developing countries is in jeopardy due to the HIV/AIDS epidemic that affects million of children worldwide. By raising awareness and funds through the Ricky Martin Foundation and UNICEF and 8th Wonder of the World benefit concert series, I want to help protect the future of developing nations and protect the children of the world from the physical, emotional and social effects of this deadly pandemic," said Ricky Martin, in a statement.

Martin, a UNICEF Goodwill Ambassador, has long been a strong advocate of children's rights and protection through his Ricky Martin Foundation. The non-profit Foundation's mission is to advocate for the wellbeing of children around the world in critical areas such as education, health and social justice. Its flagship "People for Children" initiative was created to educate and support the international framework for the elimination of child trafficking, and to influence policy makers in the war against the exploitation of minors.

The 8th Wonder of the World organization was founded specifically to increase global awareness for children affected by HIV/AIDS, raising funds for UNICEF, YouthAIDS, The Ricky Martin Foundation, and other partner charities through arts and entertainment. Ten concerts are scheduled to take place over a period of five years at some of the most beautiful natural and man-made locations in the world.

"We are both delighted and honored that Ricky has agreed to join us at 8th Wonder of the World's inaugural event at the Taj Mahal in February," said Farook Singh, co-chairman of 8th Wonder of the World. "Not only is he a captivating performer, he is a truly committed ambassador who by lending his support is helping draw attention to the misery visited upon millions of the world's children by HIV/AIDS."

The concerts, which will be backed by corporate sponsors, will feature renowned musical artists, UNICEF Goodwill Ambassadors and will be broadcast globally.
Said David DeCamillis, co-chairman of 8th Wonder of the World, "To have such a monumental event take place at such a historic location with such an influential star like Ricky Martin, who is not only known for his talent but his philanthropic work, lends justice to this noble cause."

Following is the complete 8th Wonder of the World schedule:

The 8th Wonder of the World Concert Series is a semi-annual HIV/AIDS benefit that will be hosted at the natural and man-made Wonders of the World. These star studded events will feature top level international musical talent with the purpose of increasing world awareness for HIV/AIDS and raising funds for selected charities. Venues include; the Taj Mahal in Agra, India; the Forbidden City in Beijing; Christ the Redeemer in Rio de Janeiro, Brazil; the Great Pyramid in Cairo, Egypt; Parthenon in Athens, Greece; St. Basil Red Square in Moscow, Russia; the Coliseum located in Rome, Italy; and the Eiffel Tower in Paris, France. –by CelebrityAccess Staff Writers