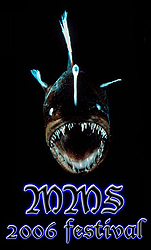 (CelebrityAccess MediaWire) — Yet another planned show in Craotia was met with failure when the July 16th Metal Melting Summit Festival at Zadar fell apart before it began: stages were never built, bands and suppliers went unpaid, some didn’t even show, equipment never arrived, and even the guy running the power generator refused to turn it on until he got paid. Power was off until finally Vanja Primorac of VP Concerts started paying for fuel out of his own pocket.

According to the website for metal band Therion, all of the acts should have expected trouble long before they even headed for the country. A long letter of explanation (and blame) from bandmate Christofer Johnsson states that majority of problems lead back to local promoter Stipe Juras.

“Some can and should organize festivals, others shouldn't,” Johnsson’s letter reads. “We will for sure play in Croatia in the future, but this time it will all be organized by the national promoter who is a cool guy and a trustable business partner.”

Johnsson says that fellow scheduled acts Rage and Amon Amarth failed to get their half-pay deposits prior to showtime. Rage failed to get plane tickets confirmed by the promoter so they cancelled a few days before the festival. Amon Amarth held out with hope, and received flight confirmation only five hours before takeoff.

Upon arriving at the festival site from their homeland Sweden with only a few hours before the scheduled start of the show, Therion found workers just beginning to build stages. Equipment that showed up much later than planned turned out to be of much lower quality, but still planned to tough it out and put on a show for their fans.

“If you order a Mesa Boogie 2:90 power amp for your stuff (read: Ferrari) and get a Marshal 2000 [sic] top (read: Fiat) it's still better to ‘drive your fans in that Fiat than letting them walk’,” Johnsson jokes.

Upon arriving at the festival site, other bands gave up without any fight. International rock act Superfly gave up and headed directly to the beach. One by one, groups gave up, including Therion, and headed home.

Juras was able to save enough power to let one Croation band and Amon Amarth play.

Johnsson quoted the promoter as saying that he “was sorry for everything and that he was a bad organizer, just a big fan.”

The Croatian live music scene has suffered other setbacks in recent years, including Marijan Crnaric’s cancelled Metallica show, which still has un-refunded tickets. At least half of all scheduled Croatian concerts have been cancelled in the last year due to poor ticket sales. –by CelebrityAccess Staff Writers