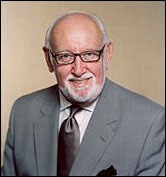 (CelebrityAccess MediaWire) — MIDEM will honor Bruce Lundvall, president of EMI Music’s Jazz & Classics division in with the MIDEM Personality of the Year Award. Lundvall, who oversees the Angel, Blue Note and Manhattan labels, will receive the accolade during a gala dinner for industry VIP executives at MIDEM in Cannes on January 24.

“Bruce Lundvall has been a major figure in the recording business for the past four decades. He is a man of artistic vision and has always shown an undivided dedication to music,” says Reed MIDEM Chief Executive Officer Paul Zilk. “We are very proud to honor him at MIDEM 2005, in recognition of his outstanding personal career and talent. Under his leadership, Blue Note Records has gone from strength to strength. Bruce Lundvall proves that you can have a flare for identifying and nurturing musical talent and be a great businessman.”

“It’s an honour to accept such a prestigious award that has been conferred on so many great music business people,” said Lundvall. “The key to success for any record label in today’s environment revolves around putting the music first. I’m very happy to receive this trophy at MIDEM, the world’s leading music market.”

After graduating from Bucknell University, Lundvall began his music career in marketing at Columbia Records where he remained for 21 years, becoming president of the domestic division of CBS Records in 1976. In the course of his tenure, he built Columbia’s jazz roster into the largest of any major label. He moved to Elektra in 1982, where he became president of Elektra Records and the newly created Elektra/Musician Jazz label. In 1984, he was approached with an offer to create Manhattan, a pop music label based on the East Coast, for EMI, as well as to revive the legendary, long-suspended Blue Note jazz label.

The MIDEM Personality of the Year Award was created in 1989 to pay tribute to exceptional careers and contributions to the international music industry. It was first presented to the late Nesuhi Ertegun, when he was president of the IFPI (International Federation of the Phonographic Industry). The trophy has also been awarded to Quincy Jones, producer and musician, Jan Timmer, president of Philips, Jean-Loup Tournier, chairman of the board of French copyright society SACEM, Arista President Clive Davis, Atlantic Records founder and co-chairman Ahmet Ertegun, Frances Preston, president and CEO of BMI, noted composer and producer David Foster and William H. Roedy, president of MTV Networks International and chairman of MTV Networks Europe. The events all took place at the MIDEM annual music industry gathering in Cannes. MIDEM also honoured Japan's Misa Watanabe at MIDEM Asia and Spain's Eduardo Bautista, president and Managing Director of SGAE, at MIDEM in Miami. –Bob Grossweiner and Jane Cohen