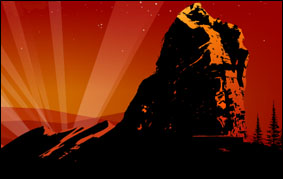 For those with enough gelt for a VIP Gold Pass, festival organizers have added some additional events. A gold pass will provide access to the official kick-off party that will be held at the Bluebird Theatre on September 12th with performances by Cloud Cult, The Dutchess & the Duke, Young Coyotes and others. A gold pass ticket will also get you into the afterparty on Saturday night, featuring performances from The Hood Internet, White Williams, Passion Pit, Candy Coated Killahz, Boyhollow, Jackola and others.

The festival is being produced by AEG Live Rocky Mountains with curatorial support from the folks at the HotFreaks blog collective. – CelebrityAccess Staff Writers