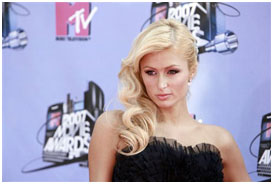 According to the South Florida Business Journal, Goldberg filed the lawsuit as a part of his duties as receiver.

Hilton had been hired by one of Worldwide's subsidiaries, Entertainment Group Fund, at the sum of $1 million to promote the film that she also starred in. However Goldberg now contends that she didn't hold up her end of the bargain and is seeking in excess of $75,000 in compensation from Hilton.

In the lawsuit, filed in U.S. District court in Miami, Goldberg asserts that "Hilton failed to attend any talk shows or telephonic or in-person interviews."

Goldberg has been serving as the receiver for Jack Utsick's Worldwide Entertainment for two years after the SEC sued Utsick for fraud, finding that his entire company was in essence a ponzi scheme.