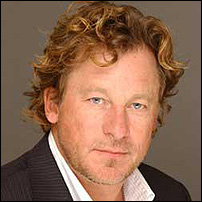 LOS ANGELES (CelebrityAccess MediaWire) — Legendary rock band Motley Crue today filed a lawsuit in Los Angeles Superior Court charging that one of its managers, Carl Stubner, who also represents the band’s drummer Tommy Lee, orchestrated a campaign of “self dealing” to “divert revenue” from the Band; the suit states that the Defendants “promoted Lee’s solo activities to the detriment of the Band, and at the same time, mismanaged Lee’s career so as to harm the Motley Crue brand and Lee’s reputation as a musician and Band member.”

The lawsuit states: “Stubner’s motivation was greed. He has brazenly said as much. Stubner stated that he received significantly higher commissions on Lee’s solo projects because he did not have to share his take with the other managers. He claimed that it was a ‘no brainer’ to promote Lee’s projects over those of Motley Crue. Because favoring Lee’s personal interests to the Band’s was such a ‘no brainer,’ Stubner stated that he would only make Lee available for tour dates if the Band and the other two managers agreed to increase his commission quotient. Stubner also demanded 100 tickets per show for free which he then resold at ‘scalper’ prices.”

The lawsuit seeks compensatory damages of more than $20 million for lost earnings, lost profits and diminished brand and goodwill value resulting from the Defendants’ actions. The lawsuit also requests punitive damages because, as claimed in the lawsuit, the defendants’ “despicable” actions were undertaken “fraudulently, maliciously and oppressively.”