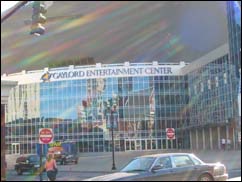 NASHVILLE, Tenn., (CelebrityAccess MediaWire) — Nashville Predators and Powers Management Owner Craig Leipold announced today that the Middle Tennessee-based Sommet Group has entered into a multi-year naming-rights partnership with the Predators and Powers Management. Effective immediately, the Nashville Arena will be known as "The Sommet Center."

Sommet (pronounced So-`may) Group is an established collection of companies whose purpose is to relieve small and medium-sized business throughout the United States of their non-revenue generating business functions such as human resources administration, payroll processing, insurance and risk management, tailored benefits programs, information technology consulting and customized software development.

"Sommet Group has shown tremendous faith in the Predators organization and is leading the rally in the business community to support this team and this building," Leipold said.

The partnership gives Sommet Group prominent signage inside and outside the arena and a variety of business development opportunities. Terms of the agreement were not disclosed. The Sommet Group and the Predators will also create a community-based initiative through the Predators Foundation that will both improve technology in underserved communities and schools, and which will place internet-ready computers in kiosks at nursing homes so that residents can stay in close touch with their families.

"In its first year as a sponsor, Sommet Group saw first-hand the value that the Predators can deliver to the company's business-to-business strategies and became the Predators first title partner for the playoffs in 2007," said Nashville Predators Executive Vice President of Business Affairs Steve Violetta. "Now the two successful organizations will be branded together through a variety of promotional and communications vehicles, and will continue to maximize the value that Sommet receives with a multi-year naming- rights agreement."

Sommet Group Managing Partner Brian Whitfield and Leipold unveiled the arena's new logo and signage. The Sommet Center name will be affixed to the exterior of the building and will be visible on the Broadway side of the Center to all visitors of downtown Nashville. In addition to interior and exterior signage, Sommet Center visitors will notice in-arena branding on the building's marquees and graphics on the building's new jumbotron, which will debut in September.

Sommet Group began a relationship with the Predators earlier this year and served as title corporate partner for the club's 2007 National Hockey League playoff run.

"The Nashville Predators mean a lot to me and my family. We were instantly drawn to the fast pace of their game, to the dynamic personalities of the players and to the bold vision of the city in building this venue. Words can barely express how thrilled I am that our company's name is associated with this distinctive landmark – the Sommet Center. The word 'sommet' means 'summit.' This beautiful building that has welcomed more than 10 million guests as home to the Predators, Nashville Kats and hundreds of entertainment and civic events certainly deserves the title of "The Summit." The Sommet Group is honored to be included in this great tradition."

The arena celebrated its tenth anniversary in 2006, and has hosted more than 10 million guests. It has become Nashville's No. 1 venue for large-scale musical productions, as well as one of the nation's most highly acclaimed entertainment and sports venues. Seating capacity is approximately 20,000 for concerts, 19,395 for basketball and 17,113 for Nashville Predators games.