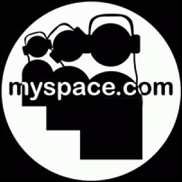 NEW YORK (CelebrityAccess MediaWire) — The head of News Corp's digital operations, Jonathan Miller has denied rumors that his company was looking to offload the once mighty social networking site MySpace.

Characterizing such rumors as 'fabrications,' Miller was quoted as saying "we are definitely not in any ongoing talks for a sale of MySpace" during a media conference.

Before the rise of Facebook, MySpace was once the dominant player in the social networking world. The company was acquired by Rupert Murdoch's News Corp in 2005, for $580 million but has ceded a huge portion of it's market share to rivals such as Facebook and Twitter inr ecent years. A number of revamps for the site, including a narrowed focus on music and other entertainment offerings has failed to spark renewed interest among consumers.

Further compounding issues for MySpace is that their three-year $900 miillion advertising deal with Google runs out next month. According to The Wall Street Journal, News Corp is reportedly in talks with a number of companies, including Google, Yahoo and Microsoft about a new agreement.

MySpace has also seen a recent outflow of some of its top execs, including co-presidents Jason Hirschorn and Mike Jones, who replaced former CEO Owen Van Natta a mere for months earlier. – CelebrityAccess Staff Writers