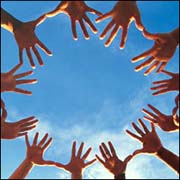 LOS ANGELES (CelebrityAccess MediaWire) — This past year Hannah Montana has made more money for StubHub, then any other artists, thereby setting a record of sorts, as well as uncovering some not so high tech programming needed to make RMG Technologies automated ticket-buying software function.

The suit revealed that RMG's application seemed expressly designed to defeat safeguards implemented by Ticketmaster against such software.

The software package in question would facilitate large scale purchases of tickets and conceal the electronic identification of the computer running the bot, thus protecting the ticket broker from being banned by Ticketmaster. According to court documents, RMG advertised that its software app, called Purchasemaster, included "Stealth technology [that] lets you hide your IP address so you never get blocked by Ticketmaster" and "let[ing] you do the work of a dozen people at once. Just enter the event information..and the moment the event goes on sale, Purchasemaster goes into action."

By all accounts, it worked pretty well too. The court filing also revealed the testimony of several people who had used the software package. One such user, Tom Prior, allegedly used the software to make 600,000 ticket requests in a single day and purchased more than 22,000 tickets over several years.

Lawyers for RMG are refuting the claims, stating that Ticketmaster is exaggerating the impact of their software on the secondary ticket market. Attorney Jay M. Coggan, representing RMG told the Washington Post that Ticketmaster is trying "to misdirect the public by focusing on brokers." and trying to protect their own secondary ticket market site.

Cipriano Garibay, president of RMG Technologies, spoke with The New York Times last week about the case. He said “Ticketmaster, the court and even RMG’s own customers, like Mr. Kovach, did not understand how low-tech his company’s service is — or at least one component. RMG answered Ticketmaster’s Captchas — the visual puzzles of distorted letters that a customer must type before buying tickets— not with character recognition software, he said, but with humans: “We pay guys in India $2 an hour to type the answers.” So much for secretive high tech programming to get around Ticketmaster’s Captchas.

The New York Times also reported that though the year is not yet complete, StubHub announced on Dec. 5 that its concert ticket sales had already passed $100 million, a record for this seven-year-old company now owned by eBay.

Ticket sales for big-name concerts now follow a distressingly consistent pattern: At 10 a.m. on a Saturday, tickets go on sale, and by 10:05 a.m., all tickets are sold. Yet by 10:05, StubHub and other ticket exchanges already have a plenitude of tickets listed for the sold-out event — only now, they cost much more.

Montana tickets, whose face value is $21 to $66, have been resold on StubHub, on average, for $258, the company says, and that is without taking into account StubHub’s 25 percent commission (10 percent paid by the buyer, 15 percent by the seller). None of the proceeds from the resale of tickets at inflated prices make their way back to Ms. Cyrus.

Some ticket brokers are so certain of their ability to get hold of desirable tickets that they confidently advertise tickets on these exchanges even before tickets go on sale to the public.

CelebrityAccess will follow this story over the next year and hopefully some of this extra money will make it into the hands of the artists, or maybe the fans themselves will be allowed to buy tickets to their favorite events….. directly from the source.