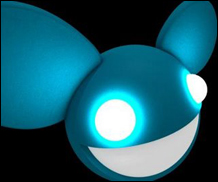 You were wrong on rap, are you gonna be left out of the loop one more time?

Don't be like Geffen Records, which famously thought rap was a fad and then went out of business (the label with that name today is a contractual obligation, it resembles not a whit the Aerosmith/Guns 'N
Roses/Tesla/Quarterflash label of yore).

The promoters, the labels, it's like 1964 all over again. The old farts declaring the Beatles are tripe. But look back at the record books, almost nothing before the Beatles survived, it was a revolution!

That's what this electronic music thing is.

By saying you don't get it, you're labeling yourself ignorant.

Not only do you have to open your mind, you've got to understand, like living organisms, electronic music evolves. If you think what you're hearing today is going to be the same tomorrow, then you tar all rap with that Puffy/Diddy remake of "Every Breath You Take". Sure, some electronic is lowest common denominator, but it's not all!

As for the lack of…

Wouldn't you say rap lacks a lot of these same things? And it's had more than a twenty year run so far. We kept waiting for it to fade away, but it hasn't. Maybe because rock became so calcified, so corporate, so paint by numbers that anybody who hadn't lived through its heyday rejected it and embraced the new sound.

This is a business controlled by oldsters.

Sure, Justin Bieber and Willow Smith may have hits, but without the old men, they're nowhere.

Electronic music burgeoned without the participation of any of these cynical bottom-feeders. It was all about the music, because at first there was no money. And when the money arrived, it came from none of the usual suspects. Not from recordings, not from radio, not from behemoth promoters but live shows promoted by newbies, lifers in the game. Isn't it interesting that electronic went live long before the rest of the industry? Isn't that today's mantra, that it's all about the gig? It's been about the gig in electronic for decades!

And electronic musicians know it's all about the show. You can't be boring, you've got to get the people in the palm of your hand and take them on a trip. Passivity is for pussies.

Now I'm gonna tell you a story. My friend Mike Caren, who's good enough to still have an A&R job in this meshuggeneh industry, told me his two year old can use an iPad. Then Mike said when his two year old grows up, he's not going to pick up a guitar, he's gonna make electronic music.

Those whiners trying out for TV singing shows, they're behind the curve, they're lowest common denominator, they're all about the fame, they're nothing about music. But read up on Deadmau5. He spent years in his bedroom, concocting. Are you gonna condemn him because he doesn't play a guitar?

Sure, there's good electronic music and bad. Cheese and excellence. Just like in pop, rock, even classical, to the degree anybody cares anymore.

You've got to broaden your horizons, you've got to open your mind. You can continue to be like Kodak, heading towards bankruptcy, or you can choose to be Instagram, knowing that the world is a blank slate upon which you draw.

Kodak was constrained by its box.

Hell, isn't that what Top Forty radio is, a box? You've got to do it their way or you can't get on. Who wants to be beholden to something as rigid and ancient as radio?

In a world with few rules, you've got to create your own paradigm.

And that's what these electronic musicians have done.

And the public is flocking to them in droves. Not because there was a big publicity campaign, not because the stuff was jammed down their throats, but because it's infectious, the music makes you move, it's fun to go to the show, you don't want to be left out!