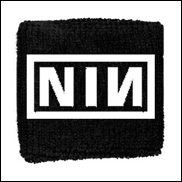 You want to hear about it from someone else.

The first thing I do each morning isn’t read the newspapers, or surf the Web, I check my e-mail. Oh, the first time through isn’t in depth, it’s a cursory survey, to see if there’s anything important, to take the TEMPERATURE! And today’s review told me…Trent Reznor was giving away the new Nine Inch Nails album, free, on the band’s site.

I heard mostly from people I didn’t know. They weren’t telling me so I would write about it. I didn’t get e-mail from Trent himself, nor Jim Guerinot or someone else at Rebel Waltz. But from people who were just so damn excited, they had to spread the word.

And what is the word? That Radiohead seems to be balking re the future (although the press has twisted Thom Yorke’s words, he didn’t exactly say they would never do a Web giveaway again…), while Trent’s moving headlong into the future. While the majors are rushing albums into release before the leak, Trent’s releasing albums we’ve never even heard about…we’re finding out first from HIM! Or his minions.

I’m not sure you need a publicity agent anymore. Someone with relationships with newspapers and TV. That’s fine if you want to be Mariah Carey… But remember "Glitter"? No one wanted to see her thereafter, until she was resurrected by L.A. Reid… Whereas Trent’s not dependent on singles, not hits…he’s got FANS!

Mariah watchers may fill up the message boards, looking for recognition in their celebutard world… But when someone posts to a Trent board, it’s not as simple as I LIKE NIN!, rather there’s something cogent being said or discussed. Yes, fans like to dissect the music as well as every move of an act.

How do you get to be Trent?

Obviously not by creating radio-friendly music. You’re better off doing something unique, that fans can grab hold of, and then spread the word on. Then, you wait for serendipity to play a part.

With Trent, it was Woodstock ‘94… When he performed and the audience threw mud. THEN the major press picked up on the story, not because they were fed the news by a press agent, but because THERE WAS A STORY!

And immediately, the usual suspects came ‘a calling. You know, you become an instant star and you hear from not only CAA, but "The Today Show", Regis & whomever he’s paired with that day… All the news magazines. You’re fodder for them. They want to chew you up and spit you out. David Letterman talked night after night about getting Nine Inch Nails on his show…but the band never appeared. Because NIN was owned by the FANS, not the SYSTEM!

That’s how you grow it…

Marketing is not an element. Nor is hair and makeup. The focus is on music. And you can’t get people to believe in a Diane Warren/Clive Davis clusterfuck… There’s no one HOME! You’ve got to write the music yourself, as a band, or with band friends. You’ve got to look like you came from nowhere, not owned by the usual Hollywood suspects. If you’re good enough, and available enough (i.e. play live), maybe after YEARS you’ll have your serendipitous moment. That you won’t even see coming. You’ll put a lot of effort into one gig, thinking it’s the breakthrough, when something thrown off casually will make the difference.

And once you do make it, you’ve got to learn to say no. The major media is not on your team. They play for themselves, in their own league.

As for Trent dropping another album… I wouldn’t do it this way. Maybe he sees the record as a cohesive whole. But the key in the future is a little bit on a regular basis. Because this is what fans WANT! New music, more info, they want to feed their addiction. Rather than drop a load on them infrequently, give them something they can ponder for a few days or a week, then leave them hungry for a MONTH FROM NOW!

It’s not about free music. And it’s not about piracy. It’s about the democratization of access. About the rising power of the audience. Don’t pay attention to the mainstream pundits. They’re just looking to save their jobs, no different from Universal Music or Sony BMG. They want it the way it’s always been. But it’s never going to be that way again.