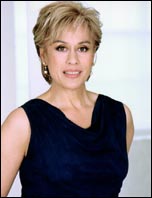 The ongoing strike forced concert organizers to move the sold-out Sept. 23rd event from the Orpheum Theater to the Chan Centre at UBC. The city owns The Orpheum and organizers scrambled to find a new venue, considering, according to the Globe & Mail, airplane hangars, a baseball stadium and, most notoriously, a car dealership before finally managing to secure the Chan Centre.

Unfortunately, the move required that the date of the concert be moved, but considering it was the performer's first date for the tour, there was some flexibility. With the Chan Centre's smaller capacity, an additional date has been added as well, to accommodate all ticket holders.

Leila Getz, artistic director of the Vancouver Recital Society sent a letter on Sept. 5th informing ticket holders of the changes but, according to the Globe & Mail, Ticketmaster has just this week started notifying via phone and email, ticket holders about which of the two shows they had passes for. Hundreds of angry ticket holders have been contacting the VRS about the snafu, with some unable to attend the rescheduled dates.

"I wish I were a drinker," Getz told jokingly to the Globe & Mail after listening to 17 voice-mail messages, many from upset patrons. "You know, we can only do what we can do."

Getz is growing increasingly concerned that the mix-up may lead to the event being a bust. According to the Globe & Mail, the additional date has added $19,000 in expenses for the VRS and if fans start requesting refunds, the society's fastest sell-out event may become one of their biggest financial losers.

"I have to hope that people will be understanding," says Getz "If a lot of people say, 'we want our money back,' we're screwed." – CelebrityAccess Staff Writers