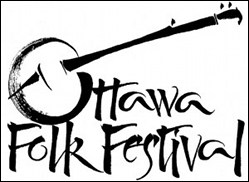 OTTAWA (CelebrityAccess MediaWire) — Ottawa Folk Festival organizers have announced plans to add a day to the 18th edition of the annual event. There will also be a physical move to a new festival site.

This means that the 2011 Ottawa Folk Festival will become a four-day event, running from Thursday, August 25 to Sunday, August 28.

Along with an additional day of programming, the festival will be moved from its past location in Britannia Park to Hog’s Back Park. Some of the many benefits cited for the move include the central location of the site, and the fact that Hog’s Back Park offers more flexibility in terms of space, sight-lines, and stage settings.

“The festival is not viable in its current location for a number of reasons, but mainly because of accessibility,” says festival supervisor Mark Monahan. “This relocation is imperative to solidify the festival’s future.”

The plan is intended to meet the needs of the festival’s existing patrons for a central location and to attract and develop new audiences by showcasing one of Ottawa’s more beautiful public parks, adjacent to the stunning Ottawa landmark known as Hog’s Back Falls.

“The additional day of programming is intended to do the same in terms of audience development through more music, more to choose from, and more inclusivity,” says Monahan, while adding that the Folk line-up will be announced on May 25, with tickets going on sale Saturday, May 28.

According to the press release.