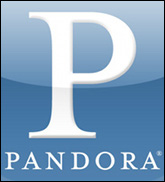 MORRISVILLE, NC (Hypebot) – According to a new study released by Coleman Insights, one in every six Americans stream audio at least once a week. As the number of houses with broadband access rises and smart phones proliferate, they expect this number to increase.

Overall, they indicate that streaming is an underdeveloped brand category. The average consumer has top-of-mind awareness of between six or seven local radio stations. In contrast, they can only name one or two music streaming services.

To the lead researcher, Sam Milkman, this says that the brand category has not yet formed and that the current services in the market aren't developing lasting impressions. Users struggled to name the services that they did and only 28% of streaming consumers were aware of Pandora, compared to the 33% of them that were aware of an AM/FM brand. The startling conclusion is that no companies other than Pandora have gained a significant amount of awareness in this market.

In aggregate, taking all of the streaming companies into consideration, 77% of consumers can call to mind an Internet only brand, whereas only a third of them can are aware of an AM/FM stream. As well, the study said that consumers use Internet only streams more than AM/FM streams. The other question asked is whether or not Pandora is a leading brand, due to its early market entry, or if it has become a dominant brand in the streaming audio category.

Milkman argued that, based on the criteria he set forth, Pandora did not qualify for the status of a dominant brand. Since users didn't sufficiently associate their core features with the brand, such as fewer commercials and fast buffering, among other things, Milkman concluded that the company still has more brand building to do.

The other interesting insight from the study is that users preferred the features of Internet only streams to that of AM/FM brands. Meaning that, traditional radio streams are providing consumers with features that they're not interested in getting from the experience. They like Internet only streams due to their lack of personalities, weather reports, traffic updates, and event information.

In order to build their brands and establish consumer loyalty, the study suggests that traditional radio needs to more readily embrace the features of Internet only sites, such as fewer commercials, fast buffering, and more music variety on stations.

Behind these stats also lies the reality that we can't expect file-sharers to use services that they don't know about. If labels and trade groups are going to fight music piracy there's no reason why they shouldn't also be collaborating with streaming services and helping raise awareness for their sites.

Of course, the possible reason why they don't is because there's no large financial imperative for them to do so. Streaming pays less and why risk bringing iTunes users over to other services. The RIAA should've donated $58M to marketing – not lawsuits.