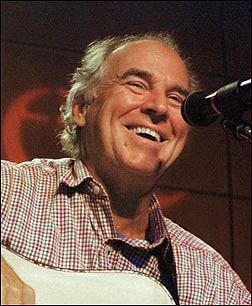 CHICAGO (CelebrityAccess MediaWire) — Diehard Jimmy Buffett fans throughout the Chicago area have expressed willingness to pay top dollar to hear their man perform at Wrigley Field – even if they can’t see him.

The owners of rooftop clubs overlooking the stadium have asked to the City Council to approve a plan to sell tickets to a pair of Labor Day weekend concerts with the Mayor of Margaritaville. Currently, the clubs are permitted to cash in on their bird’s eye view of Wrigley only during the Cubs home games, but the ordinance they’re seeking would add the September 4th and 5th shows to that list.

George Loukas, owner of two of the rooftop clubs, told the Chicago Sun-Times that there’s pent-up demand for rooftop concert tickets, even though Buffett will be standing on a centerfield stage which will be extremely difficult to see from the clubs.

In addition to the already-obstructed view, if it rains on the days of the shows, the stage will be shielded by a tent that would make it impossible for the fans to look down from above to see Buffett.

Loukas would not tell the paper how much he plans to charge for the Buffett concerts, but did confirm that the Cubs will receive 17-percent of the revenue, due to an agreement that ended years of acrimony and legal wrangling between the Cubs and the rooftops.

“We do a fine job of catering a great dinner and refreshments and providing an atmosphere that’s very conducive to seeing the city, watching a baseball game or listening to music,” Loukas told the Sun-Times. “I hope the city passes whatever they need to pass to address it. We’ll be able to have more people participating in the celebration of Jimmy Buffett at Wrigley Field. And it would be more revenue for rooftop owners, the Cubs and the city.” –by CelebrityAccess Staff Writers