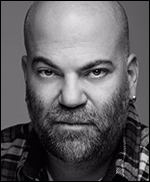 Rosenberg is the founder and CEO of Goliath Artists Inc., a New York-based management firm that represents Eminem, Action Bronson, Show Me The Body and others. He also serves as the President of Shady Records, a label launched in collaboration with Eminem that's released music by hip-hop acts including 50 Cent, D12, Obie Trice, and Yelawolf.

Def Jam's current CEO Steve Bartels, will remain with the company until the end of the year, UMG said. Bartels has been at the helm of Def Jam since 2014 and has overseen the release of a string of successful releases in the past two years, including hits by Justin Bieber, Kanye West, Rihanna and Alessia Cara.

Rosenberg will report to Sir Lucian Grainge, Chairman, and CEO of Universal Music Group, and be based in Def Jam's New York headquarters. In addition to his new gig at Def Jam, Rosenberg will continue to oversee the career of Interscope Records/Aftermath Entertainment artist Eminem and run Shady Records.

"Over the past four decades, Def Jam has played a pivotal role in elevating hip hop into what is today the world's most culturally impactful musical genre. Def Jam's track record of introducing culturally significant artists is a direct result of the entrepreneurial brilliance that Russell Simmons and Rick Rubin instilled in the label from inception. Paul brings with him not only a remarkable record of success in hip hop but an entrepreneurial drive and a deep passion for artist development that will build upon Rick and Russell's enduring legacy," said UMG head Lucian Grainge.

"I can't overstate what an honor it is for me to have the opportunity to carry this brand forward. The Def Jam name has meant so much to me for so long, and it's a dream come true to be able to be a part of the next chapter in the label's storied legacy. I'm thrilled to be able to meet Lucian's challenge of carrying the company forward with new goals and great expectations," added Rosenberg.